THE RIGHT PRODUCT FOR EACH DISTRIBUTION CIRCUIT

Lagostina launched a product line diversification process in order to meet the demands of various distribution circuits. The company supplemented the "Classico" and "Moon Line®" collections – at a higher price range – with the more economical "Cadette" line, designed for mass distribution. Lagostina subsequently consolidated its presence abroad, and in particular in Japan, Taiwan and in Southeast Asia as a whole. The pressure cooker gained a new function: steaming. Product technology was perfected, such as through the development of the triple-layered Lagoplan® base, and the finished products stand out from the competition for their beauty, ergonomics and originality. In 1986, a new iconic product was launched: Pastaiola®, a cooking pot specially designed for boiling and draining pasta. In 1987, progress continued with the introduction of Slippy, the first stainless steel pan featuring a non-stick cooking surface. Modia arrived in 1989, the first "Accademia Lagostina" line designed by Giugiaro, who shares the Lagostina brand's functionalist approach to creating objects that are both aesthetically pleasing and practical in everyday life. In 2001, Lagostina celebrated its 100th anniversary, emphasising the importance of its employees, their values and their commitment to their work. Without this great human heritage to support the company, its international success would never have been possible. 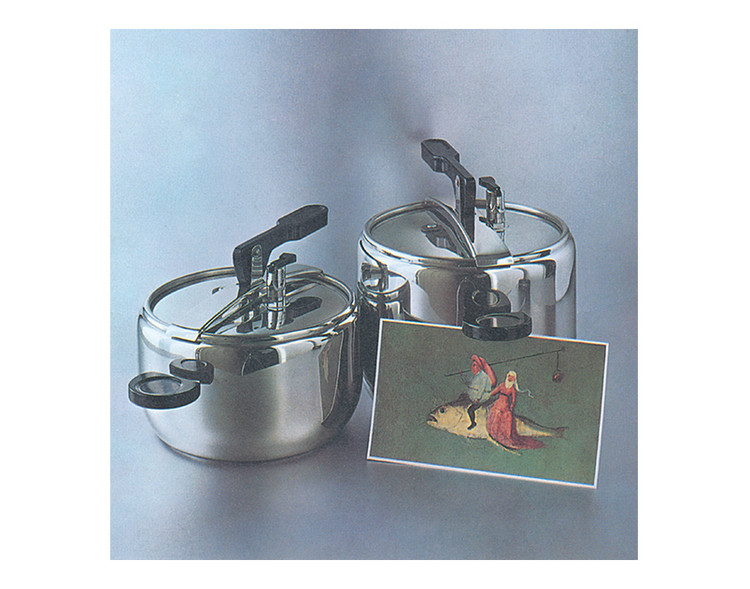 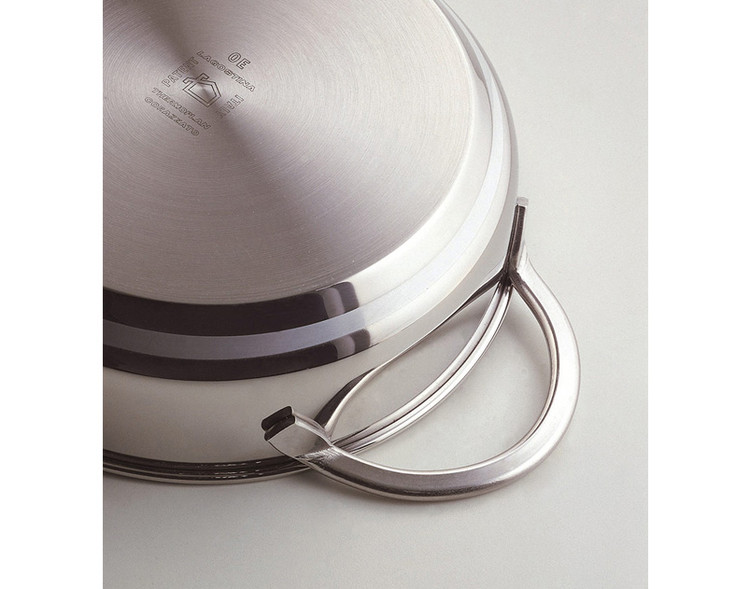 Close-up of the three-layered base applied for "impact bonding" (1985).

Originally called "Thermoplan corazzato" or "Super", it was renamed "Lagoplan" in 1991. 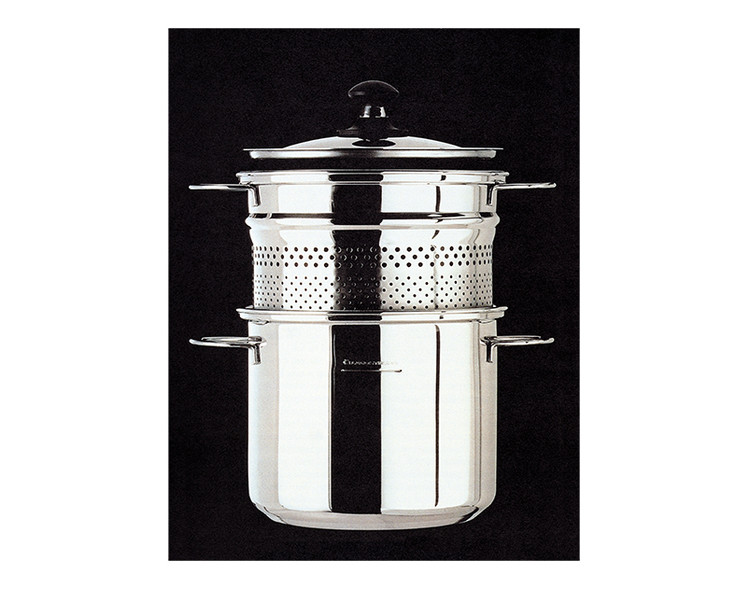 The first Pastaiola model, a specialized cooking pot for boiling and draining pasta, 1986.

The name arose from an in-house employee contest. 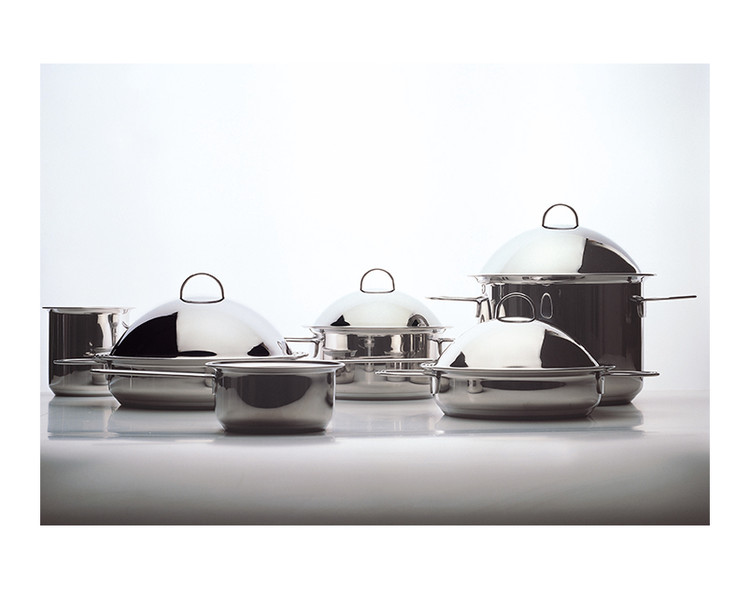 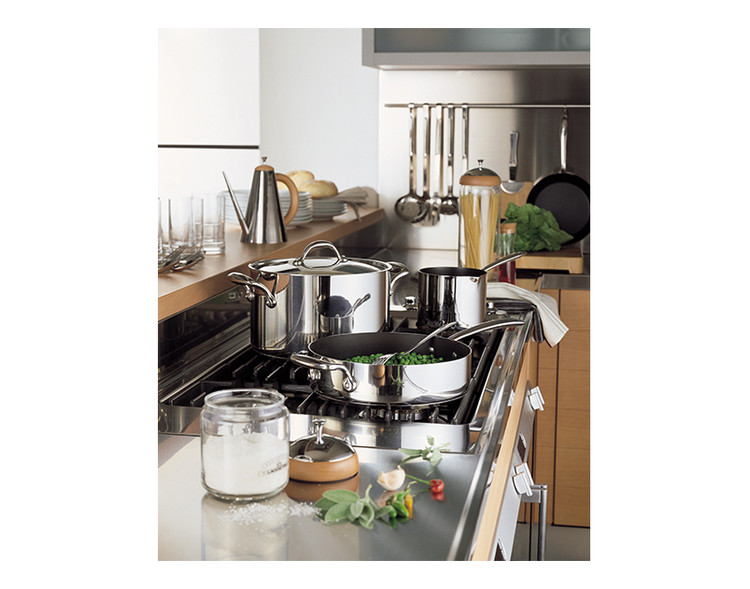 The Academy Fiveply line, a highly innovative one because of the materials used (three layers on all sides of the steel/aluminium/steel body), featuring a five-layer base and cast steel handles, 1999. 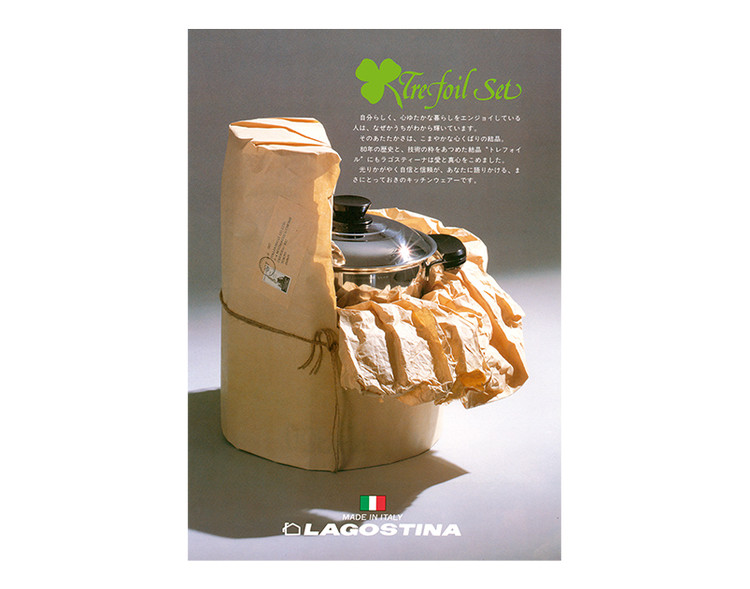