THE APPEARANCE OF STAINLESS STEEL

The introduction of stainless steel is attributed to Massimo Lagostina, Emilio's nephew. He joined the company at the age of 21, and he immediately understood the strong potential of this new material: a pure, splendidly attractive, hygienic, corrosion-resistant and very durable metal. In 1933, after overcoming technical difficulties that arose in its production, Lagostina became the first company in Italy – and one of the first in Europe and the world – to produce moulded cooking pots in stainless steel. In 1934, the "Casa Mia" cooking pot set was launched, and an example of it is still proudly displayed at the Museum of Modern Art in New York City. Italy went to war again, and the factory converted its production to wartime equipment. In 1948, upon the death of Emilio, his wife Adele became head of the company. It was a rare occurrence at the time for a woman to take control of a company, but the business continued to grow in its production of stainless steel objects. 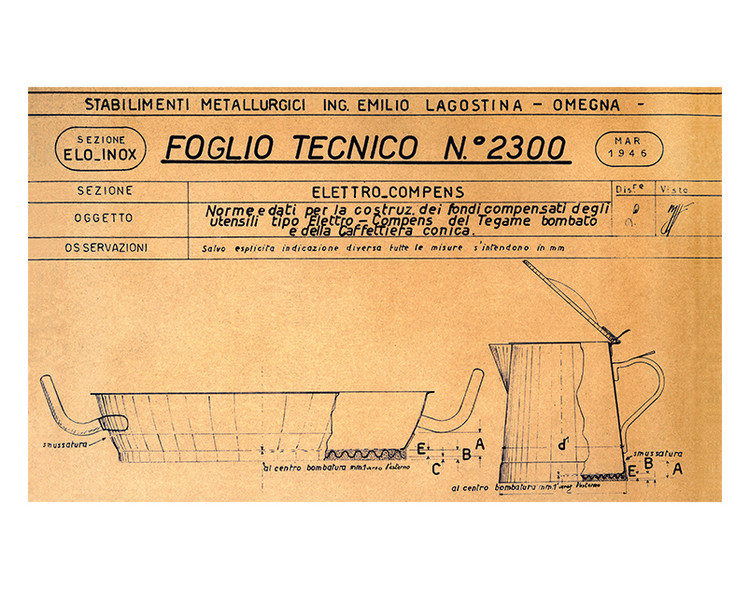 Technical draft no. 2300 dating from March 1946 depicting the domed pan and conical coffee pot with a reinforced base from the Elettro-Compens line. 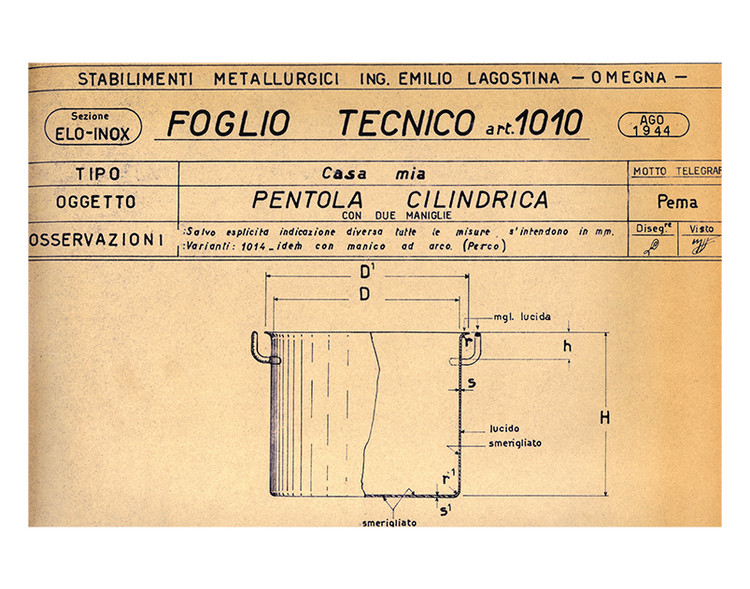 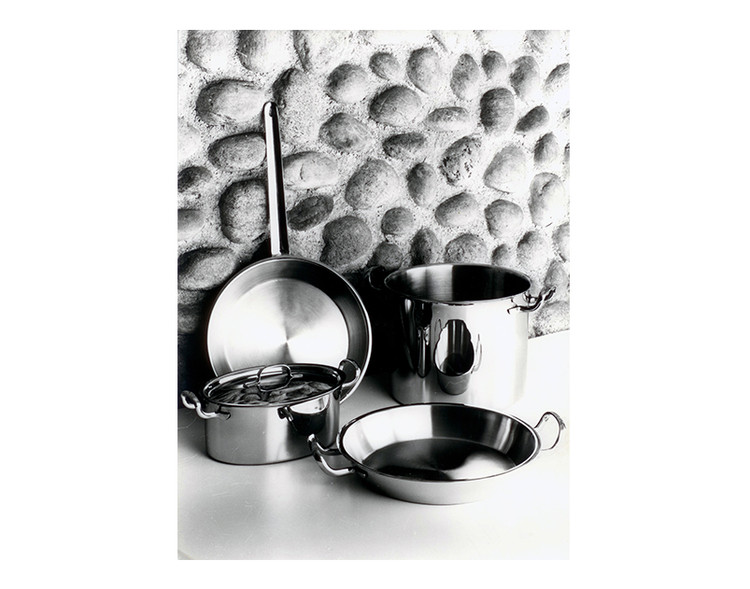 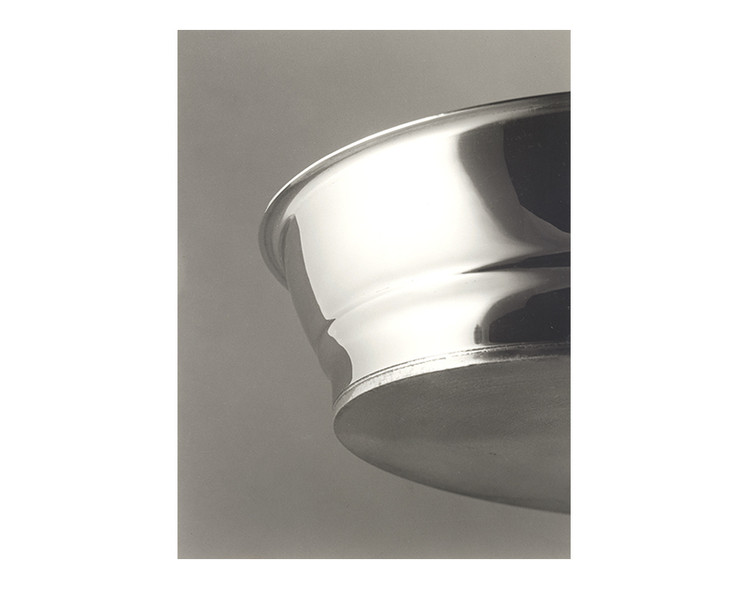 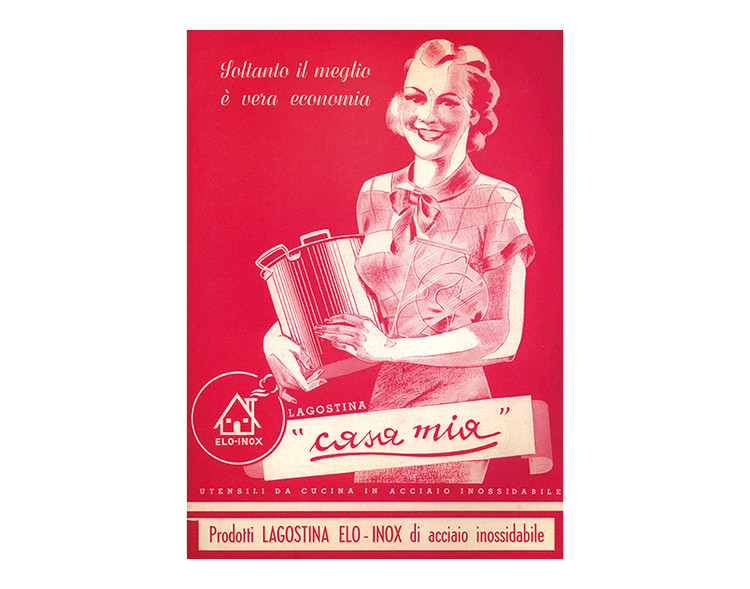 Catalogue of tableware from the '30s and '40s with the slogan "Soltanto il meglio è vera economia" ("The best is the only real savings").

The savings of time and money are suggested by the shapes of an hourglass and a piggy bank on the left arm. 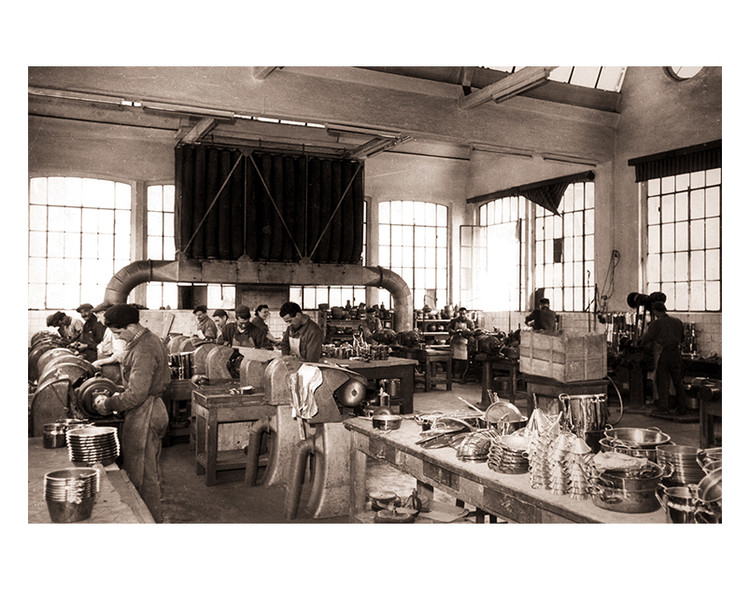 The cleaning and polishing workshop in a photo from the 1940s. 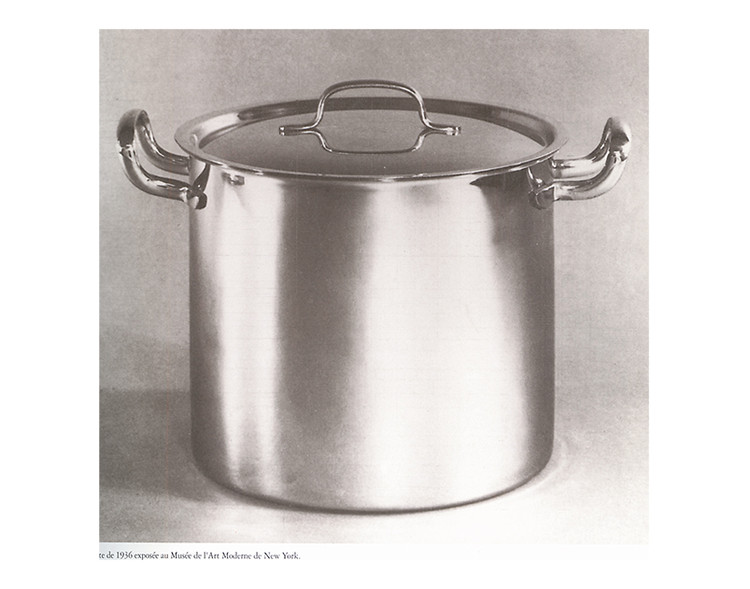 The Casa Mia 22 cm cooking pot on exhibition at the Museum of Modern Art in New York City beginning in 1955, in the name of Massimo and Adriano Lagostina. 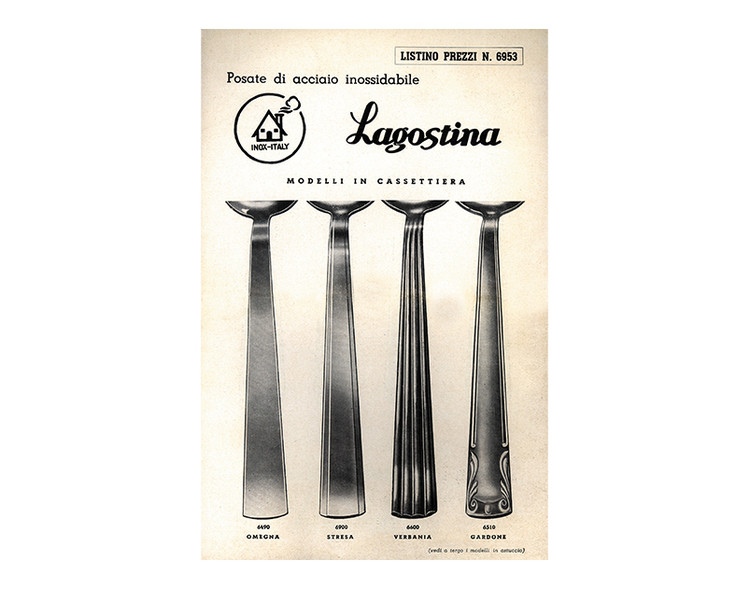 Models of stainless steel tableware from the 1950s.